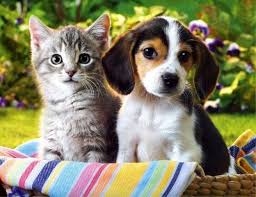 “I just realized that while children
are dogs—loyal and affectionate—teenagers are cats.
It’s so easy to be a dog owner. You
feed it, train it, boss it around.  It
puts its head on your knee and gazes at you as if you were a Rembrandt
painting. It bounds indoors with enthusiasm when you call it.

Then, around age 13, your adoring
puppy turns into a big old cat. When you tell it to come inside, it looks
amazed, as if wondering who died and made you emperor.
Instead of dogging your footsteps, it
disappears. You won’t see it again until it gets hungry…then it pauses on its
sprint through the kitchen long enough to turn up its nose at whatever you’re
serving, swishing its tail and giving you an aggrieved look until you break out
the tuna again.
When you reach out to ruffle its head
in that old affectionate gesture, it twists away from you, then gives you a
blank stare as if it is trying to remember where it has seen you before. 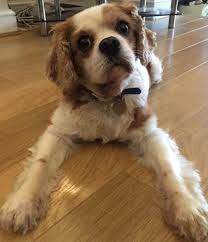 You, not realizing your dog is now a
cat, think something must be desperately wrong with it. It seems so antisocial,
so distant, sort of depressed. It won’t go on family outings. Since you’re the
one who raised it, taught it to fetch, stay and sit on command, you assume you
did something wrong. Flooded with guilt and fear, you redouble your efforts to
make your pet behave.
Only now you’re dealing with a cat,
so everything that worked before now has the opposite result. Call it, and it
runs away. Tell it to sit, and it jumps on the counter. The more you go toward
it, wringing your hands, the more it moves away.
Instead of continuing to act like a
dog owner, you must learn to behave like a cat owner. Put a dish of food near
the door and let it come to you. But remember that a cat needs your help and
affection too. Sit still and it will come, seeking that warm, comforting lap it
has not entirely forgotten. Be there to open the door for it.
One day your grown up child will walk
into the kitchen, give you a big kiss and say,“You’ve been on your feet all
day. Let me get those dishes for you.”
Then, you’ll realize your cat is a
dog again.”

NIGHTMARES – Walking your Child through the experience.

A FALL TOO MANY – The domestic accident story

SUPPORT NETWORK – Lesson from my 8-year-old

I am a 24/7 wife, mother of 3 and a career mum! I live in Lagos, Nigeria and love to cook, write, play and laugh! Everyday life events, the growth process and milestones in my children inspire my writings. I am passionate about raising children who will love passionately, live purposefully and positively transform and impact their world.

My Book – Memoirs of a Trendy Mum